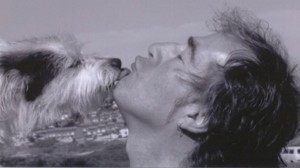 Before I get to the nitty-gritty…

As well as aspiring to be a famous pop-star, when I was young, I also had a plan to save the World.
Well, specifically, I wanted to save the animals and the Natural Environment. I was a lot less concerned about saving humans because they were the problem and I believed I could be part of the solution.

My naïve plan was to get the best band in the World together, performing the songs I’d been
writing since I was about ten, get very rich and famous, and then tell everyone how to make things better. And I’d spend oodles of money promoting it.

Well, I got a band together…

Fifteen bands later, I was married and a father, struggling to support my family by teaching music. My band was amazing. No, we really were. In fact many of the bands I’d formed or joined had been amazing. A couple of them went on without me, to become famous. I won’t go into details here. But talent and success are not proportionate. Even the Beatles would have remained unknown, had they not met the right people at the right time. I didn’t meet the right people or if I did, it was the wrong time.

However, my tenacity and optimism are famous in my family. I never give up. Some might suggest that, since my music never got picked up by record companies or radio, maybe I should hang up the guitar, get a haircut and get a real job. But in my heart, I knew my songs were destined to be heard by millions.

I couldn’t have been blamed if I had given up but one incentive kept driving me:
the thought of ALL THE ANIMALS I COULD SAVE IF I HAD LOTS OF MONEY.

Try to understand. I don’t give a shit about being rich. Famous? … well, maybe. But material luxury and possessions don’t interest me. My need is simple: to do something worthwhile and good before I die. And it’s important that you know that my current lifestyle, although humble, is lovely, comfortable and all my wife and I desire. But she and I both have the same passion to help our animal brethren.

Understandably, my plan has matured a bit since my first ‘save the world’ idea. Now my songs, stories and inventions are finally reaching a huge audience, through the Internet. The money raised is used for a well-calculated promotional plan. There are three fronts which I fight on:

1) PROMOTING VEGAN FOOD TO ANIMAL CONSUMERS. Vegan food must stop being a niche market and has to come down in price. That way many more people who now consume animal products will be able to find and afford vegan alternatives. With a barrage of letters from the public (see DRAFT LETTERS) supermarkets will be forced to lower the price of vegan food and display it alongside animal-based products, rather than hiding it in ‘health food’ corners. (see ‘Not Rabbit Food’)

2) EDUCATING THE PUBLIC. Ignorance about the health risks of animal products and also ignorance of the abominable cruelty inflicted on animals for unnecessary, unhealthy food, must be dispelled. Cleverly worded Brochures (like this one) need to be distributed electronically, printed and distributed far and wide. TV and Internet advertising will also be funded. (See also: ‘Before We Have an Argument‘, ‘Famous Quotes‘, ‘The Change‘, ‘Open Letter to the Pope‘, ‘The Mark of the Beast‘). Of course, my personal form of education is through music. I’ll be recording some kick-ass new AR songs soon, with videos for YouTube, which, with help from comrades, can be made to go viral. One song will raise the hair on the back of your neck!

3) DIRECT ACTION. With enough funding, activists can cripple industries which thrive on animal exploitation. This work is dangerous and sometimes outside the law. Laws are often in place to protect ‘property’ and people with money. Seldom do they protect the actual rights of non-humans.

These are just basic outlines of our plan. Far more detail will need to structured and I’m hoping I will have some help with that, considering there are thousands of people I’m connected to, who want the same outcome.

The most important thing, initially, is to raise more money. Fortunately, I have a product which is worth a fortune and, no longer am I the only one who believes it. Many of you reading this already know that my music is saleable, desirable and marketable. My short stories are gaining popularity, too. One of the most potentially valuable products is ‘Paul’s Snoring Solution‘, which actually works better than products which cost hundreds of times as much!

Well, anyone interested in helping this cause – advice, purchase or promotion – should have a better idea, now, of what I plan to do. I hope we can be ‘Comrades in Arms’